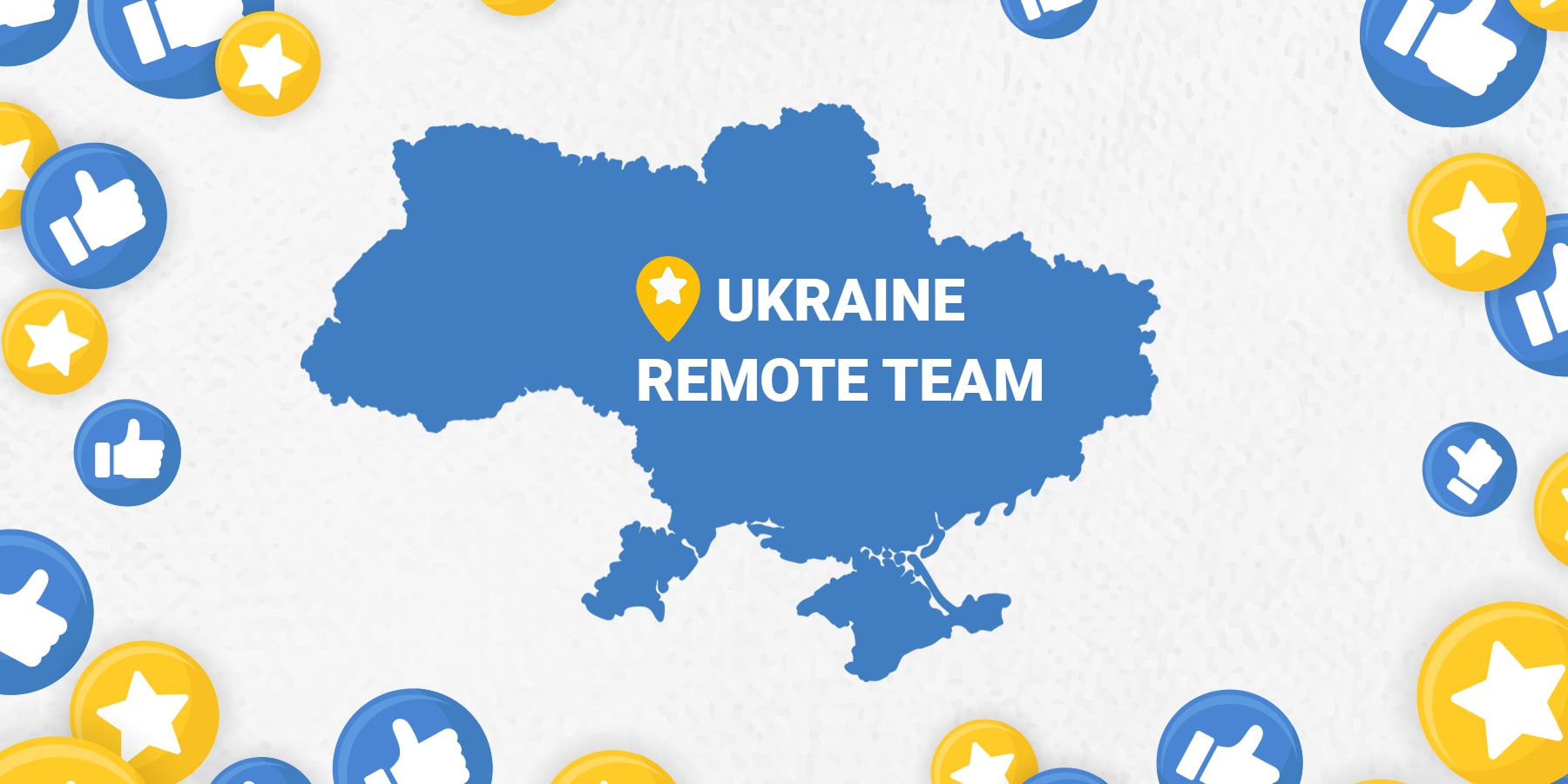 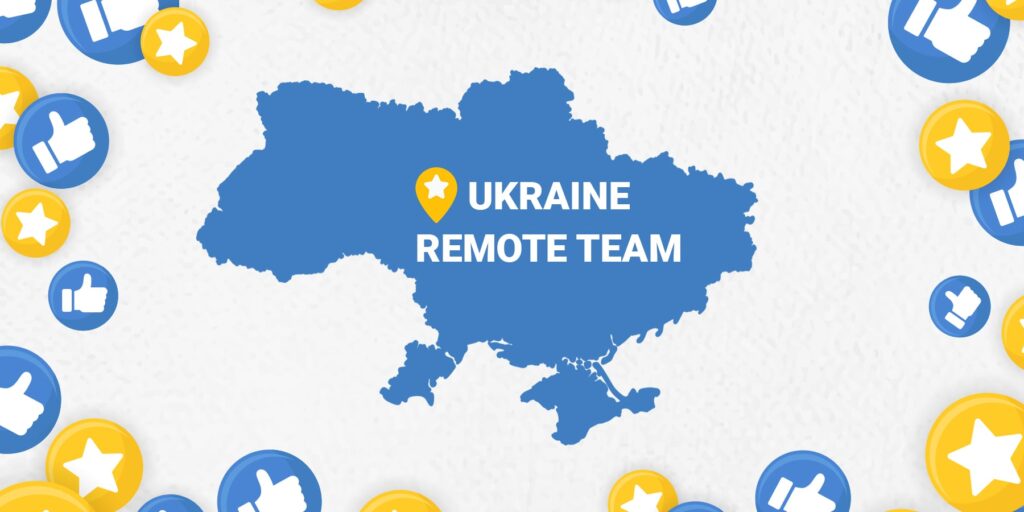 The trend of remote hiring started in the 90s with the boom in the digital world. It became leverage for major corporations and startups to hire people from remote areas and add to the team’s talent. This diversified talent pool reduces the firm’s expenditure, increases the talent quotient, and promotes globalization. In addition, with remote working, firms enjoyed both cost-effectiveness and flexibility at work.

In the present times, we all are dealing with a pandemic. The whole world remained locked for months which made work from home became a new normal. These conditions brought another surge in remote outsourcing. With no longer need of spending long hours in the office, one was allowed to work from any place in the world, and the entire system remained connected through digital media.

Remote collaborations have affected every industry and country. One such example is Ukraine, where a boost of over 20% has been observed in the IT sector during 2021. With the presence of many IT specialists in the country, Ukraine has always been a hub for outsourcing IT projects. With the exponential rise in the graph of the IT market of Ukraine in the 90s, it marked a presence of global outsourcing. The significant share in global outsourcing has made Ukraine secure a top place in the arena.

Ukraine’s IT sector’s beginning dates back to the 90s when it separated from the Soviet Union. With the entry of the Internet on the global platform, Ukraine noticed the first personal computers. Golden Telecom became the first Internet service provider and started to build business networks. Though the speed of the Internet was slow, people still found it interesting to stay connected. The young generation became more interested in the system’s functionality, which gave rise to software and hardware experts.

Staff augmentation is an outsourcing strategy that enables us to use outside personnel to enhance the working efficiency of the organization. Back in the 90s, the world turned to testing the capacity of developers from Ukraine, and this is way back from when the IT sector of Ukraine observed some big players in the field.

As time passed, In the 2000s, Ukraine had made its mark in the International market. It was perceived as the hub of well-qualified talent that was entrusted by organizations all across the globe. This shift of the western countries towards Ukraine elevated the reputation of Ukraine on the global platform and made it a reliable choice for outsourcing.

With the experience and expertise of Ukraine, the IT industry of Ukraine started to take its shape. It reformed, and the entire community came together, giving rise to several big names nationwide. With the development of the local IT market in Ukraine, it became easier for the local organization to get qualified and polished talent in the local reserve. This made Ukraine shine brighter in the International IT market. There has been a pool of work experts and not just developers, and this is made possible by the remote outsourcing that happened in Ukraine.

At the beginning of 2010, the IT market witnessed a surge in the It talent that expanded at a pace of more than double in just a year. With so much progress, the need for development became more prevalent. Being a reputed name in the market, Ukraine was an obvious choice for big players worldwide to set up their research and development units in this country. The R&D office is a remote unit of the company that can work from any part of the world.

This gave Ukraine the talent to explore the possibilities in the development sector further. They could use the technology set up and build something that is promising to the client. Ukrainian developers learned the global practices and explored much that resulted in the rise of many Ukrainian projects that flourished globally and became reliable names in the Industry.

With so much experience and such a skilled talent pool, global companies continue their search for talent in Ukraine. It is still one of the most reliable options for remote outsourcing. With much progress during the last three decades, Ukraine continues to flourish similarly, and there is no end to Ukraine’s progress story.

According to a recent forecast, it is expected that over 20,000 local students will obtain an IT graduation degree in 2024. This is 23% higher than the present number. It is also expected that over 37,00 new graduates will be seen every year from 2030. These numbers show a passion for the field amongst the Ukrainian youth, making it a wonderful choice.

Being an important name in the IT sector, Ukraine has a high number of skilled professionals for every aspect. From UI/UX designers to project managers and business analysts, Ukraine holds a big pool of talented and qualified professionals.

Kyiv has made its place in the top 20 IT hub cities of Europe. There are clusters of people working remotely from all over these cities. With such a vast community, Ukraine becomes a good choice for building remote teams.

There are more than 100 R&D centers in Ukraine, which is a parameter to show that the Ukrainian developers match the wavelength and vision of the clients very well. This is an indicator of strong work ethics and professionalism in Ukrainian employees.

With these numbers, it can be understood that Ukrainian employees have a strong work ethic to offer, and they invest in the project handed over to them.

English being the first language to the majority of western nations, a proficiency in the language is a surplus benefit. Over 85% of Ukrainian developers have an intermediate English language proficiency. The majority of tech workers in Ukraine have a good command of language. Most institutions in Ukraine offer free English language courses and IT courses, which gives a chance of getting hired significantly.

This ensures better chat and communication sessions between clients and employees and gives a boost to the business.

Compared to other countries, better quality work is seen in Ukraine. Ukrainian tech experts hold the 7th ranking in the world for their performance and product quality. Ukraine has better rates and a much larger talent pool, making the competition and skills continuously progress. A Ukrainian software developer makes an amount that is much higher than the other countries, and thus they provide a better and quality output.

For cultural compatibility, Ukraine matches any country with tech experts who believe in investing much in work. They are an ethical and highly dedicated bunch of people, and thus, working with them gives any competitive organization a sense of satisfaction.

The time zone of Ukraine is another big advantage. Ukraine is an hour ahead of most of the European nations, and thus it is convenient to work with them despite the geographical barrier. Smooth communication is an added leverage to any business. It is 7 hours away from the eastern shores, and thus outsourcing from Ukraine is also a convenient option for eastern countries.

Ukraine is the best place for outsourcing talent to build up remote teams. With an abundance of benefits to hiring from Ukraine, Ukraine has a big lot enrolled in the IT courses eagerly waiting to explore their professional world. Being in the industry for over a three-decade period, Ukraine is expected to show more progress in the future.

If you decide to build up a team from Ukraine, it can be a big boost to your system and skillset. With these easy communicators, you can build up a product that is promising to the IT industry.

Do you need help hiring and managing remote global talents? Leave it to us –

Recruit Ninja can help you connect and hire top talent worldwide. From choosing the best fit for your business to managing the payroll, compliance, and labor law – we can handle it all, so you can focus on productivity, and results.

Why should you outsource ?

Through outsourcing, a company can select the skilled person from a bigger pool of talent. You can achieve a cost-effective and diversified talent set.

Why is Ukraine a potential name for outsourcing?

Ukraine has a wide range of tech experts in all fields. With a strong command of the English language and technical knowledge, Ukrainian employees have provided services that impact the Industry.

What is the value of the Ukrainian software engineering market offshore?

Ukrainian software is valued at around 5 billion USD. It has reached a high number now.

The average talent in Ukraine is available at 25-49 USD depending upon the city, language proficiency, years of experience, amongst others. It is much less than that of engineering talent pricing in the USA and Canada.

What are the prices for development in Ukraine?

The prices may vary from project to project. It depends upon the requirement of the client and the needs of the business. In general, it is 18 USD per hour, and it can be altered in any direction.

How to hire a Ukrainian developer?

You can hire a Ukrainian developer from any freelancing website that is reliable. You can also take help from local hiring agencies and ask them to help you seek the individual with your required skill set.

How can we trust the Ukrainian skillset?

There is an abundance of rankings that are rewarded to Ukraine, and they are valued for their work ethic, professionalism, and fine talent.

Is hiring and boarding developers from Ukraine easy?

It is an easy process, and the Ukrainian companies take responsibility for documentation, language proficiency, and skill tests of the employees. So it becomes easy to get a player onboard in weeks rather than months.

How can we rely on the dedication of an employee?

Over 82% of Ukrainian professionals choose the field by choice. So there is no sign that they lack passion and dedication towards their work.

What is the current scenario of remote hiring?

During the pandemic, it became a new normal to work from remote locations. People were locked in their homes and were working together through digital setup. Remote hiring is at a boom during this time, and it is convenient to work with people from different locations all around the globe with coordination.

Top 10 reasons to hire a remote team from the Philippines 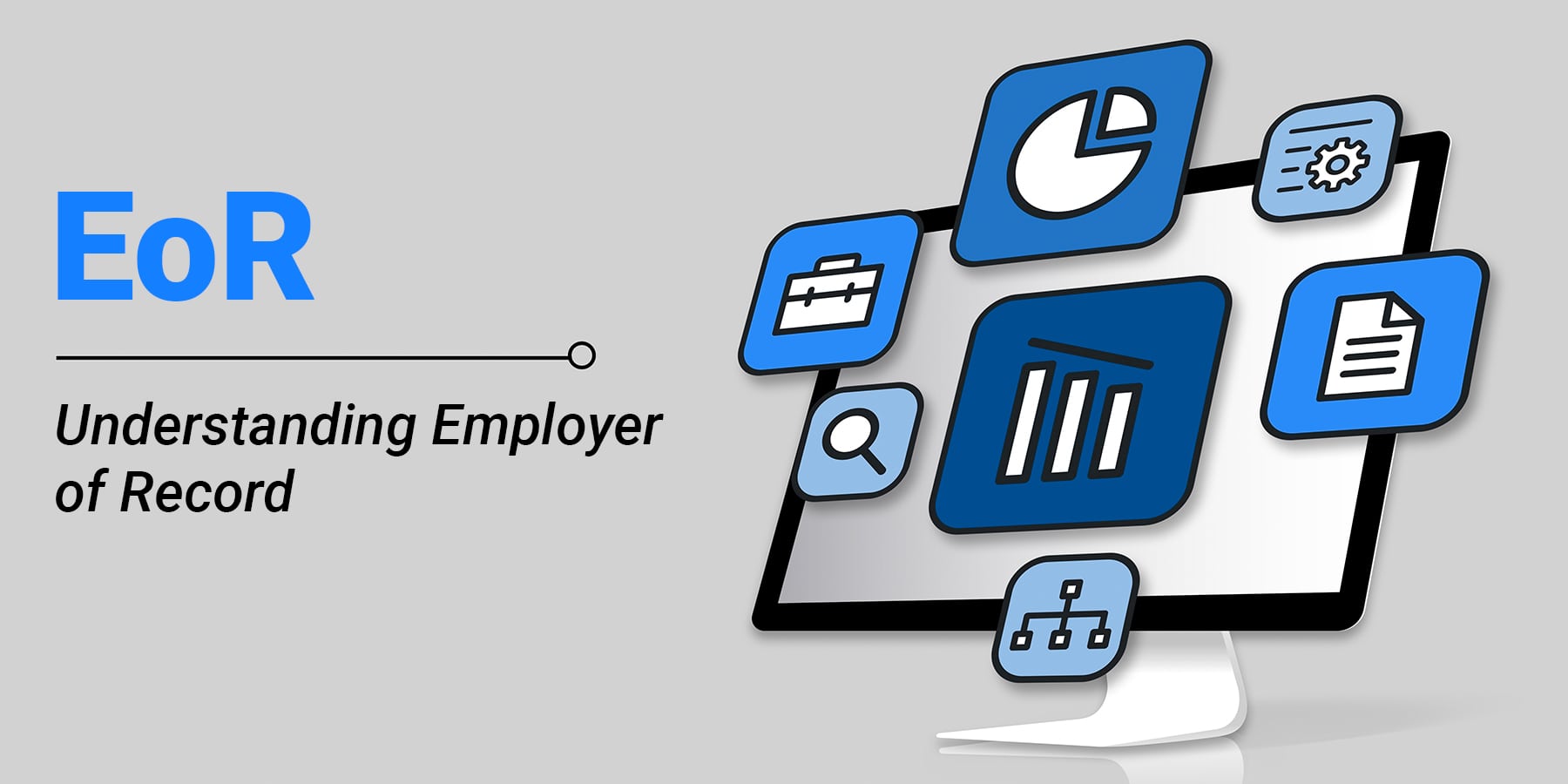 Leveraging on the Employer of Record for Your Remote Team